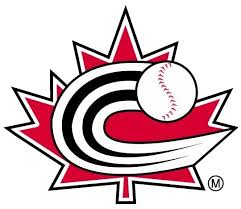 Last week, I reviewed the Canadian Depth Chart for the next potential World Baseball Classic Here

Today, I think it's worth looking into our potential pitching staff.

I read something a few years ago, stating that Canadian Pitchers are always going to be HUGE injury concerns, and that Major League teams should limit their interest in drafting them. The argument was: Since the Canadian baseball season is shorter, and winter baseball opportunities are fewer, that pitchers from Canada never develop the required endurance to have long-lasting careers.

I didn't believe it at the time, but it has proven to be mostly true, as most of the Canadian pitching talent I'm about to list are MAJOR injury concerns.

Eric Bedard is the most talented skill-wise. He's been a brilliant pitcher throughout his career, and has great swing-and-miss stuff. It remains to be seen if he can recover, as his surgery was on his shoulder. I've already stated my opinion on shoulder surgeries.

Ryan Dempster is unique in that he has been successful in both a relief role, and as a starter. Since Chicago has no inclination to move him back to the 'pen, I'd assume that if they allowed him to go to the WBC, it would be as a starter.

Rich Harden proved himself to be healthy this year, although he was discarded by the Rangers in the post-season. Another pitcher with a history of injury concerns. But, when he's on, his "stuff" is electric.

Jeff Francis is yet another shoulder suergery victiim. He was serviceable this year in Colorado, but was lights-out before his injury. Maybe another year of pitching will bring him back to form.

Shawn Hill is intriguing. His injury history includes 2 Tommy John elbow surgeries, but I am more confident in a pitcher being able to recover from that surgery twice, rather than once from shoulder surgery. He was a top-prospect before his injury, and I fully expect him to return to that form. (Hopefully while he's still with the Blue Jays)

Scott Richmond was to be the ace for the 2009 Canada team, but his dreams were derailed with a loss to Italy. He too has found his way to the IR, and is working his way back from a... wait for it... shoulder injury. I'm noticing a theme.

Also, based on prior scouting reports, it's a real shame that Adam Loewen's arm can no longer stand up to the rigors of pitching. He was so highly regarded as a pitcher, and the Canadian team lost a real gem with those injuries.

There is also a good pipeline of prospects coming through several systems. Scott Diamond (Braves AAA) could start making a name for himself soon. Phillippe Aumont (Phillies AA) projects better as a reliever, but he has been used as a starter recently. Jamieson Taillon has a Canadian Mom, so he will be eligible to play for Team Canada. His will be an interesting case, as his father is American, and he will likely be one of the better pitchers available to either team. I'm holding out hope for him to pitch for Canada. Jake Eliopolous is now in the Dodgers' system, and James Paxton is still very highly regarded; he's a free agent last I checked, after the Boras disaster last year. If I've forgotten anyone, please remind me in the comments section.

John Axford established himself this year as the premier Canadian closer. Assuming that he doesn't implode anytime in the next year, he'll be closing out any close games for Canada in the next WBC.

Jesse Crain is another proven reliever at the MLB level, and he will likely act as a setup man.

Blake Hawkesworth, Chris Leroux and Scott Mathieson are the only other current Canadian relievers in the Majors.

Dipping into the minors, I've already mentioned Philippe Aumont. Chris Kissock has performed well in the Arizona Fall League. James Avery, Henry Mabee and Philippe Valiquette are also in the AFL, and are well-regarded relief prospects. Not to mention Trystan Magnussen, who's not only Canadian, but also a Blue Jays prospect who could reach the majors before the WBC in 2012.

Vince Perkins, David Davidson, Chris Begg, Ryan Braun (Not that Ryan Braun) and Tim Burton (Not that Tim Burton...) are also Minor League journeymen that have played for Team Canada in the past. Again, if I've forgotten anyone, let me know in the comments.
Posted by The 5th Starter at 12:49 PM