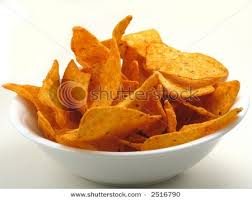 Now that we've heard that Alex Antopoulos isn't chasing after Justin Upton, we can all take a deep breath and give Travis Snider a big-imaginary-Blue-Jays-Hug. I'm very, very happy that I'll get to see him in a Jays uniform next year, and I'm not overly concerned about our outfield depth.

After I looked at what Brad Mills would be worth in a Justin Upton trade (Here) I started to wonder if there would be a way to place a trade value on everyone, to get an estimate of what we could get, and who we have that's valuable.

As it so happens, sabermatrician Sky Kalkman of Beyond the Boxscore, has created an excel spreadsheet that allows for a dollar value to be placed on a player, based on WAR projections, and their current contract. Victor Wang of the Harball Times takes this another step further by compiling a mountain of data that gives a dollar value to all prospects based on John Sickels' rankings.

Since I've already explained that I like WAR, and I publicly follow John Sickels, you can easily conclude that I like these methods for valuing players. I'm going to take it another step further in assessing trade value, by adding a "Major League Ready" component. For Example, JP Arencibia would be more highly valued to some clubs in a trade, because he is ready to contribute at the highest level. Travis D'Arnaud and Carlos Perez may have a higher upside according to Sickels, so I feel the need to account for this in Valuing trades.

This was a mountain of data, and I've had to make some conservative WAR predictions (listed in Brackets) as well as some arbitration award estimates. Here is the data, with my analysis to follow. I'm listing them in order of MY perceived trade value, with the Kalkman number as reference.


Wow, I made some adjustments based on MLB readiness, but I am amazed at how this list looks. Obviously the prospect values aren't 100% accurate, but that's what the project to deliver to the current club. I'm also amazed at how much value Lind and Hill have, even without all-star levels of production. Lind also gets a value boost by moving to the field, as his WAR positional adjustment is less punishing. Escobar and Morrow are WAY undervalued, because the data I used only estimates their value for next year, not counting all 3 years of arbitration eligibility that they have. Same for Snider (Who could be valued at nearly $100 Million if the arbitration process favours the Jays.)

Because of their team-friendly deals, Romero, Lind and Hill offer massive trade value, even at levels below their career highs. The cost-controlled prospects that are MLB ready also add a huge amount of value (Snider, Cecil, Rzep, Drabek, Deck) so I've moved off my willingness to trade those guys.

For comparison, here are the same trade value factors for some popular trade targets:

The conclusion is that in order to get these big pieces that are very, very valuable, it would cost the Jays some of their big pieces. The other conclusion is that Lind and Hill are still surprisingly valuable, despite down years. This also allows us to compare trade value when making proposals. ie: Romero + Snider proposal from JP Morosi for Upton a few days ago would be a total 1-sided trade in terms of value. Similarly, a proposal of Drabek + Stewart for Greinke actually nets out to nearly equal value (Surprise!)

If anyone has a trade target that they would like to estimate the value of, post it in the comments and I'll happily calculate the value of said player, and look at what combinations would be fair in a trade offer.

Happy Black Friday everyone.
Posted by The 5th Starter at 9:29 AM