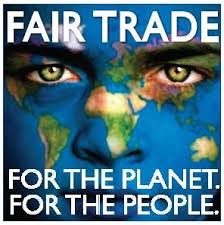 If you're waiting with baited breath for the wheeling-and-dealing of the offseason to begin, today seems to be a day when some interesting things are getting out.

First came a report from Bob Elliot of the Toronto Sun, that the Jays were in contact with Kansas City regarding their enigmatic ace Zach Greinke and can't-miss-but-somehow-missed-top-prospect Alex Gordon. The Royals GM, Dayton Moore, has since commented publicly that he will not trade Greinke unless he's "blown out of the water" by an offer. Sound familiar? Moore also mentioned that he won't sell low on Gordon either. Seems like he's saying that Gordon is available.

Second, came an article over at MLBTradeRumors, that the White Sox are going to "listen" to offers for Gordon Beckham, and Ben Nicholson-Smith, who wrote the article sees this as a good fit.

I'm still holding on for dear life to the hope that the St Louis Cardinals would trade Colby Rasmus, and that the Jays could be in on that deal as well.

The other possibilities to consider are the Jays being part of three-way trades. Alex Anthopoulos seems to be involved in nearly every trade discussion that happens in the league. This allows him to act as a facilitator, and to scoop up talent in the process. I can also see him getting involved in something crazy again this winter.

As far as the rumours that are out there: I don't think the Jays need Zach Greinke badly enough to overpay for him in terms of talent. I do think that Alex Gordon deserves another chance to play 3B, and that a change of scenery might help him develop into the player that he was supposed to become. The Royals are looking for talent that is 2-3 years away to align with their strategy to compete in 2013-14. I'd guess they'd want players like Henderson Alvarez, Carlos Perez, or even Adeiny Hechevarria or DJ Thon (who would have to be a player to be named later)

I really, really like Gordon Beckham. He rocketed through the minors, on a path similar to Travis Snider. He's widely expected to develop into an OBP machine, with 20-30 HR potential. He also plays both 2B and 3B well. The White Sox are in perrenial win-now mode, so anyone that they got in a trade would have to be either a major league player already, or be ready to contribute immediately. This includes virtually the whole roster for the Jays, and the only prospects that fit would be Zach Stewart, Kyle Drabek, and JP Arencibia. They already have a Cuban SS in Alexei Ramirez, but in my crazy head, I could see them being interested in Adeiny as well, to play 2B. Ozzie Guillen speaks Spanish, for whatever that would be worth in this discussion.

If, in this crazy offseason trade post, Colby Rasmus were available, I would happily trade anyone in the Jays Organization. When I first heard this, I thought that giving up Travis Snider would be too much. After consideration, I now believe that it would hurt very badly, and it may not be the right move, but Rasmus plays a more premium position, and is more "athletic." Looking at what the Cards might want in return: Again, they are in a "win-now" position, with aging players. They have obvious holes in their middle infield, and a large question mark at third base. If they gave up Rasmus, they would also have to fill a gap in centre field. They could also seek help on their pitching staff, adding a younger arm to lower future payroll. My bet is that if this were to happen, there would need to be a third team involved. Unless the Cards want to take a chance with Bautista.

I've also said many times that if Toronto were to pay most of Vernon Wells' monster contract, that he could be a part of a Rasmus trade. Toronto could add a young starter, or prospect, and both teams would win.

Who else is out there? I have no idea how to put a poll up, so if anyone has any trade ideas, I'd like to hear them in the comments section. Also, if anyone thinks they have a good idea what any of these players would cost value-wise, put it there too.
Posted by The 5th Starter at 12:52 PM