The Second Day of the First Winter Meetings. 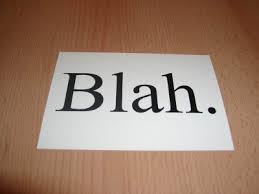 Ugh. Really? Rajai Davis? He who couldn't even be considered a regular on a miserable Oakland offense? He who got regula at bats only due to injuries?

Don't get me wrong. He will be an excellent 4th OF. He will likely even grab some extra at bats when Jose Bautista moves to 3B. Just don't ask me to be excited about this move.

I'm not even mad about what we gave up. We only lost two fringey middle relievers, so I'm not really all that upset. I just had so much more hope that these meetings would lead to Anthopoulos fleecing yet another GM who'll sell low on a young guy with a ton of upside (Alex Gordon, Justin Upton, Colby Rasmus.) What's worse, is thanks to our old loud-mouthed friend Ricciardi, nobody in the Jays current front office is allowed to even let out a peep of what's happening regarding trade or free agent discussions. This makes the hot-stove season pretty boring.

In other news, Alex continues to crap on my favourite scrap-heap players, granting Shawn Hill his unconditional release yesterday. I really was hoping that he could get a look as the 5th starter, or as a swingman in the 'pen. His upside justifies it. Instead, he's going to go and catch on with an NL club, and if he's healthy, he should have a solid year. Let's all pull for him to get his injury woes behind him and salvage his career.
Posted by The 5th Starter at 6:41 AM