What The Jays Got for Marcum: 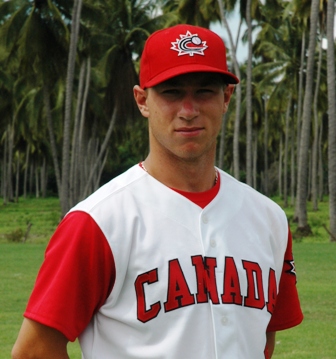 So, by now you've probably read that the Toronto Blue Jays have traded Shawn Marcum. What most people won't know initially is just how awesome the return is.

Brett Lawrie is Canadian. I'm not overly concerned with this. He grew up in BC, and likely has been to more Mariners games than Jays Games.

What I do care about is the fact that the jays just got (arguably) the best Second Base prospect in all of baseball. Baseball America ranked him as the 15th best prospect OVERALL in their mid-season review. John Sickels graded him B+ before the season, and in his mid-year review insinuated that he would upgrade that ranking based on defensive improvements. All scouting reports have him as a fierce competitor, though he lacks defensive intensity. Keith Law called his swing "a prototypical left-handed sweet swing, from the right side."

This guy is a VERY impressive prospect. Be excited. Alex did well in getting this as a return.

As a side note, he apparently posted news of the trade to Toronto in his facebook status. I cannot confirm this, but it's cool that he's excited enough about it to post it.

I reserve the right to take all of this glowing praise back if word leaks that he's not involved in the deal, but it looks like as of now he will be coming to Toronto, he'll likely be added to the 40-man, and will start no lower than AA New Hampshire, though in all likelihood he'll go to Vegas for half the year, targeting a mid-season call up if he doesn't slump. He will definitely be at spring training, with Brian Butterfield glued to his hip. He will be a league average 2B (He also has enough arm-strength to play 3B) before he leaves on an assignment designed to do nothing more than delay his service time.
Posted by The 5th Starter at 8:10 PM