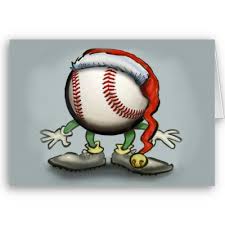 I'd imagine things are going to be pretty slow for the next few weeks, now that Zack Greinke is officially off the market. In an effort to create some worthwhile content, here are some thoughts that don't amount to enough for an article all on their own:

In the christmas spirit, I'd like to ask Alex SantAnthopolous to bring me a 3B, RF or bullpen arm. I'm ready to start making projections for next year, but I need to wait until the roster is set.

Also: Who is going to play 1B in Las Vegas now that Mike Jacobs has signed in Colorado? David Cooper? I hope so, and I hope he can continue his Romero-esque rise to the Jays, after being all but written off. Adam Loewen would also be an interesting possibility.

I'm going to do a full post this week on how scary-good the 51s could be this season. (Drabek, Stewart and Brad Mills will likely be the first 3 starters, even in a hitters' league, they will do well. The team could also have Eric Thams, Darin Mastroianni, Brett Lawrie and Adeiny Hecheverria)

SantAnthopoulos also promised me another relief pitcher, preferably a closer for next year. Looks like I'll have to accept a rain cheque for that one. Although, that said, I think our current lineup has good upside if managed properly.

What else do I need to do to get people to follow me on Twitter? (@5thStarter) Seriously, any advice is appreciated.