We traded for a basketball player? 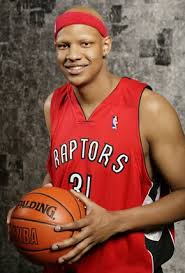 Ohhhhhhhhh!!! HEYO!!! Officially first out of the gate with the hilarious comment about how two people have the same last name!!! (Although, it is kind of interesting that Charlie is also in Milwaukee....)

Today the Jays traded for Carlos Villanueva, who I am absolutely certain has no relation to the aforementioned Charlie. He will be used in our undermanned bullpen, and should deliver some nice value.

I have no idea who we had to give up for him, though I doubt it would be significant. The player to be named will likely have to be named after the rule 5 draft, as they are likely un-protected, and Milwaukee won't want to risk him being claimed.

There's no way to know how I feel about this yet, but as long as it didn't cost too much, Villanueva is a decent enough Major League reliever, and will no doubt contribute some solid innings for the Jays this year.


Alex Anthopoulos and Mike Wilner were both on the Fan590 today (Here's the link if you want to listen) I really found it interesting how forthcoming and genuine Alex seemed. He explained that in all but one case (I'd guess ManRam) that all the players that the Jays have been linked to this off season were total fabrications. This could be more of his media-trickery, but I tend to believe him regarding free-agents. Trade wise, there are some pretty credible journalists, and multiple sources that I will still give the benefit of the doubt.

He didn't tip his hand very much regarding next week's winter meetings (not that anyone expects him to...) but he seems very optimistic. He did mention that right now, "values are not in line with what we want to do." so he may look for other value acqusitions (i.e. Trades)

I'm starting to think that this winter might not, or maybe shouldn't be as active as most would like. The Jays might really need another year to see what they can get. There are prospects that need to emerge (Drabek, Snider, Arencibia) and Players that need to rebound (Hill, Lind, Escobar) as well as players who will need to maintain there performances from last year (Morrow, Cecil, Marcum, Romero, Wells, Bautista) As well as the question of who will be brought in to play 3rd/1st/DH.

To me, that's a lot of question marks. Closer to the season, I may re-evaluate this stance, but I firmly believe that next year's Jays will need a lot of luck to match this year's team. Obviously there is still a LOT of offseason left. I mostly think I'm just preparing myself for the possibility that this team still needs a year-or-two more before we become the perrenial contenders that Anthopoulos envisions.
Posted by The 5th Starter at 12:19 PM