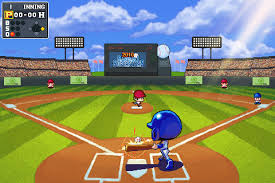 It's been a roller-coaster couple of days for our local Major League Baseball team, and now that the dust is settling, I thought I could (finally/hopefully) take a look at the projected roster and see what to expect from the 2011 Jays.

The pitching has an opportunity to be stellar. Here is my projected rotation, along with reasonable WAR projections.

There are enough quality starters in the system to form a formidable rotation, that will be capable of eating major innings at well above replacement level. Not that they will be required to, as the bullpen will now be almost equally deep, despite lacking a "dominant closer"

Projecting individual reliever WAR is a total crap shoot, as their performance varies too widely. Both on an outing-to-outing basis, and on a year-to-year basis. The top 7 RPs from the 2010 jays accumulated less than 4 WAR combined. The San Diego Padres, who lived on their 'pen in 2010 managed to get nearly 6 WAR from their top 3 alone. I am confident that this year's Jays Bullpen will contribute 5-6 WAR.

Here's where things get interesting: The Offensive side of the ball:

R Davis- In 2009, he was worth 3.3 WAR. In 2010, only 1.2. Which player shows up will go a long way to determining the 2011 Blue Jays team success. His defense will ensure that he is a positive WAR contributor. I have him listed here as lead off assuming he can re-create his 2009 numbers.

Y Escobar-His worst full-season WAR was last year's 2.2. He had his career best 4.3 in 2009. Another player whose defense assures him positive WAR status, his bat will be critical in setting the table for the Jays.

J Bautista- He is average-above average at 3B, but he prefers playing RF, where his arm is great, but his range is not. He is an enormous question mark for the Jays, as his WAR swung from 1.9 to 6.9 over the last 2 years. Splitting the difference leaves a 4.5 WAR, which I think is a safe projection.

A Lind- Another player who needs to rebound. Even if Lind plays a below-average or even bad level of defense, his value gets a huge boost thanks to a positional adjustment (about a full win in fact...) I feel like he can be decent, though he was the only Jays regular to post a negative WAR in 2010. His 3.5 WAR from 2009 would be great. Who knows what to expect from him.

E Encarnacion- In every season but 2009, Encarnacion has managed to overcome his defensive inadequacies to post about 2 WAR. I'm using that as my projection, assuming he gets 600 plate appearances.

T Snider- Another question mark. Travis could post WAR totals in the 7s if he translated his minor league success to the Majors. As it stands, his career high is the 1.5 WAR from 2010. I'm going to use that as the low-side projection, and estimate that he could get to 5 on the high side. This is the most speculative I'm going to be here, but it would be unfair to use such a small sample of historical data against Travis.

J Rivera- Will start in Right or Left field, depending on how John Farrell likes his arm. At his best, he's about a 3 WAR player. At his worst, about 0.5. I'd expect somewhere in the middle, which makes him more than useful.

JP Arencibia- Another wild card. His AAA stats, if duplicated at the MLB level would yield 6+ WAR. Scouting reports don't believe in his ability to hit for average however. He also has a lot of learning to do. Despite his terrific debut, he struggled the rest of the season, and finished with a -.01 WAR (basically, he was replacement level) I'll give him an upside of 2 WAR, which is also blind speculation.

If you're still with me, we can now project some of this into useful numbers. Smarter people than me have calculated that a team of Replacement Level players will, on average, win about 45 games. It's an inexact science, but you can then add the total WAR projections to see where the 2011 Jays should end up:

Best case- Everyone performs to their career/last few season's highs:

Total Expected Wins: 104. This is really a Utopian scenario, which requires every player to perform at their absolute peak. Nice to know it's possible, but completely unlikely.

Least expected win total: 74. Because the team has such strong pitching and defense, they will be able to overcome regression by many of the regulars.

What astonishes me, however, is the wide swing when trying to project this team. On paper, they should be competitive. The mid-point between my 2 projections is 89 wins, which would likely put them in contention for a wild card.

Since this is bad math, and bad science, I'm sure that it's overly optimistic. The 2011 Jays have a lot of learning to do, and if they learn quickly, they could be very good, very soon.

Spring training is only 3 weeks away. We won't have to wait long to find out.
Posted by The 5th Starter at 12:55 PM