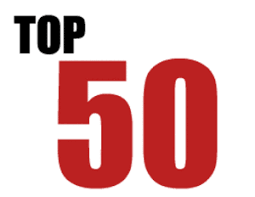 Jonathan Mayo and the MLB network provided a review of their top 50 prospects tonight (Tues. Jan 25/11) and the Jays had some representation:

J.P. Arencibia: ranked at #48, and got favorable reviews as an offensive minded catcher. All reviews were positive, although doubtful that he could provide much average. considering he hit .302 in AAA last year, I think he will surprise some scouts based on his improved vision (Post laser-eye surgery) I feel like he'll be a .270-.280 hitter and contribute 25-30 Home runs. Get excited, as last year he was almost written off...

Brett Lawrie ranked at #28. All the analysts raved about his batting ability. They feel like his bat will play anywhere on the field, and Jonathan Mayo feels that he has the athleticism to play any position defensively. He even went so far as to say that he could stick at 2B, but that the Jays had a need at 3B, so he will be moved there.

Kyle Drabek was ranked # 12, with Mayo stating that his curve was the best in the minor leagues. Neither Hart nor Mayo was willing to commit to Drabek as a #1 pitcher, but called him an excellent #2 on a serious contender. Raved about the development of his cutter and change. If cutter and change develop fully, he could be a legitimate ace.

Fantastic for the Jays to have 3 of the top 50 prospects. With the strength of the Jays drafting last year, and the number of picks in next year's draft, the minor league system will continue to improve. The Jays are set up to be a great team for many years to come.
Posted by The 5th Starter at 7:04 PM