Riches to Rags to Riches 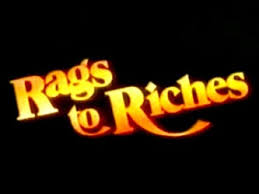 Among all the great stories that are told in sports, none are as good as the hard-luck, down-and-out, miracle, feel-good stories. And, as I think of it, there are some real good ones on this year's Toronto Blue Jays. Heading into the start of the new season, here's a quick review of some of the stories so far:

Ricky Romero: A sixth overall pick in 2005, he looked to be a can't miss ace of the future. He spent some difficult seasons in the minor leagues, never living up to the hype associated with such a high pick.

For years, Romero was labelled "The guy drafted before Troy Tulowitzki" and was held up for ridicule whenever fans wanted to deride JP Ricciardi.

Things were still looking bad in the spring of 2009. Yet another bad start to the spring had him looking like a bust. Had it not been for Brad Arnsberg's insistence, Ricky would have been sent back to AAA and forced to try and work his way up again. Instead, Ricky managed to parley Ansberg's faith into a breakout season in 2009, going 13-9 with a 4.30 ERA. He improved on that again in 2010 going 14-9, but lowering his ERA to 3.73.

"RR Cool-Jay" (so dubbed for his obvious resemblance to the famous rapper, at least while his hat is on.) is also a feel good story for the work he does in his East Los Angeles community. He is very active and involved, promoting athletics and education to a community that has few role models. If that's not enough, he took his signing bonus, and bought his parents a house. Oh, and he's also dating Miss America. A really great story, that almost never happened.

Jose Bautista: Probably one of the more obvious stories on the team. Almost everyone by now has heard the story of Jose playing for 4 different teams in the same season. How he was bounced around organizationally. He was basically given to the Jays by the Pirates (traded for former catcher of the future, Robinzon Diaz)

Bautista never got a chance to develop properly. The Baltimore Orioles selected him in the rule 5 draft, straight from A ball. He struggled mightily amidst playing for 3 teams in a season (he never played for the Mets, who immediately dealt him back to the Pirates) and never developed an identity.

Once the Jays let Alex Rios go in mid 2009, and traded Scott Rolen to Cincinnati, Bautista got a chance to play regularly. Coupled with some mechanical adjustments that Jose made with Cito Gaston and Dwayne Murphy, he was able to begin hitting the ball with authority. his 10 home runs in September of 2009 only served notice to the league that he had arrived. His 54 homers in 2010 earned him a 5-year, $65 Million contract in the offseason. Not bad for a player who was nearly non-tendered a year ago.

Adam Lind: Most are quick to forget how low Adam Lind's prospect stock had fallen. I recently read an article that Kevin Goldstien from Baseball Prospectus wrote pre-season 2008, saying basically that Lind had missed his opportunity, had been passed by Travis Snider on the depth chart, and the most he could hope for as a career progression was as a fourth outfielder and part-time DH. Lind had been very successful at every major league level, but until mid-season 2008, had never been able to bring any of that success with him when he played at the highest level.

Again, credit Cito Gaston with embracing a young hitter, and emboldening him with confidence. Shortly after Cito took over from John Gibbons, Lind was called up for the final time. He homered in his first series in Pittsburgh, and kept hitting right through 2009. His success earned him the 2009 Silver Slugger award at DH, and a multi-year extension from the Blue Jays.

Lind then struggled again in 2010, although his overall numbers don't tell a complete story. He had a solid April, but had a miserable slump through May and June, which haunted his statistics for the remainder of the season. He actually .836, .832, .782 over the last three months of the season ( and .843 in April). If he can avoid another slump, he should be due for another strong season in 2011.

JP Arencibia: It is obviously far too early to label JP a success story. But, remembering how far he had fallen after 2009 really puts his recent success into perspective.

JP has been a .300 hitter at nearly every level throughout his career. His high draft position was more than warranted. He was working his way through the Blue Jays minor league system, and was ticketed to be in Toronto by 2010. Then 2009 happened.

2009 was a real step back statistically. Critics began speculating that he was focusing too much on his defence, or that he had finally been over matched by more experienced pitchers. JP has never been much for taking a walk, and so many analysts pointed to that as the reason for his faltering statistics in an otherwise hitter friendly environment (Vegas)

In the off-season, JP underwent two surgeries. The first corrected a kidney problem he had been dealing with over the course of the season. Not something small to overcome on its own. But coupled with the fact that he ALSO underwent LASIK eye surgery to correct "astigmatism and NIGHT BLINDNESS" it's pretty easy to figure out why he struggled. Especially considering that almost all baseball games are played at night. (I can't find his minor league splits, but remember reading somewhere that he still hit .300 in day games that year)

Now, JP is primed for a breakout as the official starting catcher for the 2011 Blue Jays. I hope he can continue to add to his story.

His first several seasons in Seattle were tumultuous to say the least. Being drafted ahead of future freak-phenom Tim Lincecum (a Seattle Native) certainly stacked the deck against Brandon as well.

Management never seemed to settle on a permanant role for Morrow. His arsenal of pitches guaranteed that he would be successful at either position, but the Mariners never made up their mind.

Alex Anthopoulos took advantage of this, and scooped Morrow up at a bargain rate. It took Morrow several starts to settle into his new home and new role. But once he did, he DOMINATED. In June, July and August, Morrow went 6-2 with an ERA just over 3. He led the American League in Strikeouts per 9 innings. Most analysts consider Morrow a prime breakout candidate for 2011. Personally, I see him as the future Ace of the pitching staff. Another happy ending.

There are certainly other great stories. Alex Anthopoulos himself is a great story. Rajai Davis has taken a long and storied road to the Major Leagues. Aaron Hill came back from a vicious concussion to become an all-star. Kyle Drabek went from hot-headed kid, to a blown up elbow. He's put his career back together nicely.

There are also stories being written: Yunel Escobar was the short-stop of the future in Atlanta, but fell from grace. Can he rebound and add to the folklore? Travis Snider has been the golden child of this organization for almost 5 years, and has yet to break out. Maybe in 2011? Jesse Litsch has been battling serious injuries for nearly 2 calendar years. A comeback for him would be a great story. Juan Rivera broke out to become an all-star in 2009. 2010 made him trade fodder. A return to glory would net him a huge pay day in the off-season. 5th Starter favourite Edwin Encarnacion has shed 12 pounds, and improved his defensive athleticism. I would love to see him put all of his tools together in 2011 and really break out.

The stories are all baseball-related, but also heavily involve the human element. Telling these stories all at once really highlights the challenges that players face when competing at the highest levels. It also shows why this clubhouse has connected so well. This group has collectively been through the highest highs, and the lowest lows. Regardless of their success in 2011, they are all winners.
Posted by The 5th Starter at 7:21 PM