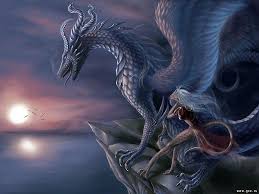 So, like many other baseball fans this time of year, I have been drafting major league baseball players to play for my various fantasy teams. My hope is that I will find the right combinations for each league, thereby beating people that I don't know, for a prize that doesn't exist.

Despite my acknowledgement that fantasy baseball is utterly and completely a waste of time, I find myself very excited this time of year. I've had some excellent drafts, and managed to protect several of my favourite prospects in the process (Let's go Zach Stewart!)

For those of you who aren't into fantasy baseball, I think you're missing out. Half the fun of baseball is the armchair-GMing, and a fantasy team allows you to make all the moves you want, with none of the negative consequences (aside from losing, which does sting a bit) I recommend to everyone that you should try it, and there are several excellent free sites available: (ESPN is my preference, but MLB.com's is also good, as are Fox sports and CBS sports) get out and give it a try. Worst case scenario: you end up wasting some time that you would have wasted anyway.

Where am I going with this post? No idea really. I basically wanted to encourage everyone to try fantasy baseball, and then go on to post the results from my three drafts, and leave myself open to ridicule. I'll explain my rationale for each, in case anyone wants my non-expert fantasy advice.

First up is my first-ever active league (an inactive league is one where most of the owners never make moves, and just make waiver acquisitions. Very annoying and inconsiderate, I almost gave up on fantasy baseball because of this) A friend from High School asked me to join, so I have to do well, or face personal ridicule.

It is a Rotisserie-style scoring league, which means that all the stats are cumulative over the season. The goal is to do well in each category, without necessarily winning in all. The other strategy is to be consistent. Here's my lineup, keepers are in Bold. (Keepers are players who were on my team from the previous season. In this league, we keep 8)

As you can guess, I overvalue Blue Jays' players. Morrow's injury is a setback, but overall I was very happy with the way this draft evolved. I was fortunate to be starting with a returning MVP, and some solid pitching. I'm a sucker for high-upside guys, and can't seem to let go of Alex Gordon. Let's all hope this is the year. Hopefully I can keep an eye on the waiver-wire to get some saves, and I will likely have to trade to get more steals. Overall, I really like the shape of this team.

My next league is SUPER deep. It is a 20 team, 20 keeper dynasty league. (They even have a minor league protected prospects system) The league scoring is based on points allocated to each statistical category, and we play one head-to-head match-up per week, with the highest point total per week getting a win.This kind of league requires a lot more thought and research. I started with the Florida Marlins before our first draft, and I was lucky enough to protect Mike Stanton. I also got to start with one of the most Fantasy-friendly shortstops ever in Hanley Ramirez. Here's the team:

You may have noticed that there is considerably less than 20 bold names. I have made a few trades since the draft, so the team looks pretty different. I traded David Price and Carlos Pena for Ryan Zimmermann and Scott Baker. I also flipped Aaron Harang and Tyler Colvin for Edwin Encarnacion. Dan Haren came over for Ben Zobrist and Anibal Sanchez. I really like this team, and overall, feel that it is my most well-rounded team. You may not like the lack of big-name relievers, but this league values holds as highly as saves. In fact, Closers rarely score higher than good relief pitchers, so I had targeted solid-but-unspectacular types for that position. we'll see how it pans out.

The final league that I participate in drafted today, which explains my fantasy-themed post. This is a completely new league for me, and a new scoring format. This league uses 7 hitting and 7 pitching categories for head to head match-ups. Each category won= 1 point, and whoever gets the most points wins the match. Ties are not broken. Also worth noting is that we get to keep 30 of the 40 players on our rosters for next season. Here's the list, I should mention that I got to start with 5 Jays, and 3 "prospects":

Wow, this draft was deep. I should have targeted some more youth, as I could have hidden them on my bench. As it is, I will not be able to play half these guys on a daily basis. I'm hoping to move some for prospects as guys realize that they actually have to have people play the games. Alternatively, I will have the deepest team in the league and never have to worry about injuries or slumps.

Looking at the lineups all on one page, it seems I'm really over committed to some players: Adam Lind, Alex Gordon, Alfonso Soriano, Brandon Morrow, Yunel Escobar, and Sean Rodriguez most notably. Some of these gambles will pay off (I'd bet most on Lind, least on Gordon and Soriano) so I'm hoping to have a good year. The other thing to account for is the fact that none of these leagues will be won at the draft. Jose Bautista was a waiver claim in almost every league I played in last year, and there is bound to be another player like that this year.

I also really like deep leagues. There's no skill involved in a 10-team league, where 50% of the MLB is undrafted. Those leagues can, and should be, won on the waiver-wire. Deep leagues require trades, and risks. Keepers add additional challenges. If you happen to be a first timer, look for those kinds of leagues.

Good luck everyone. Hopefully I'll be posting several review of this post, touting my success. If not, at least I had fun?
Posted by The 5th Starter at 7:35 PM